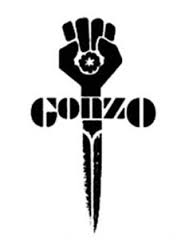 “When the going gets weird, the weird turn professional.”
― Hunter S. Thompson, Fear and Loathing on the Campaign Trail ’72

I should like to note that everything in this report is accurate except the parts where I exaggerated and changed names to protect the guilty.

It was a dark and stormy morning in the Emerald City as I packed for Norwescon.  Wind, thunder, and the whimpering of a pug were the only sounds in my apartment.

Otter can’t believe that I would actually leave him for an entire weekend!

I admit that I was nervous.  This would be my first time as a professional guest at Norwescon as a professional and I very much wanted to make a good impression.  I would avoid nonsense and trouble this time.  My schedule was quite tight, but I was determined that I’d make the best of it.

I attended nine panels and two workshops.  My fellow panelists were quite classy.  I enjoyed bantering on the Lovecraft panel with Mae Empson, Jason Brock, and Nisi Shawl.

I bumped into a number of awesome people such as Nick Mamatas, Jeff Grubb, and Satyr Brucato.  I avoid getting a beating from security after I squeed in Michael Moorcock’s general direction.

Overall, I felt like I learned a learned a good deal this weekend about where I want to go with my career and maybe how to get there.

Here are some photos and memories of the weekend.

This guy is just a dick.  Kept bitching about some fanboy named The Doctor.

You make one Honor Harrington joke and then suddenly no one has a sense of humor.

The Gnomes always know how to party and steal your underpants.

Do you know about the Cult of Scott Bakula?  Hear his words.  He sacrificed his career for your sins.

Clearly I had been very bad and this priest offered me an indulgence.

I don’t remember this very well.  I just know I love green girls.

One thought on “Adventure Time at Norwescon 37”