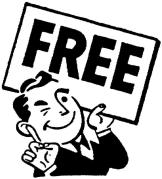 The City of Yellow Lights
This story was inspired by information in the biography of Jack “the King” Kirby and his wartime experiences and my love of The King in Yellow.

Mathematics of Hunger
This is my third Tales of the Phoenix story that was published over at Space Westerns.  You can read it here for free.

The Dead Man’s Hand
This is a fun story about the secret cause of the Great Seattle Fire of 1889 and the legendary Lord of the Witches published in Frontier Cthulhu: Ancient Horrors in the New World (Call of Cthulhu Fiction), Chaosium 2007.  You can read it for free here.  You can hear an audio version of “The Dead Man’s Hand” here from Tales to Terrify.

The New Gods of the Lost Children
This is one of my Dreamlands stories published in The Lorelei Signal (Jan to March 2011).  You can read it for free here.

Omega
This is a fun vampire story about love at the end of the world.  You can read it for free here.

Whispers to the Moon Are Always Heard by Cats
A fun mashup of Lovecraft’s Dream Cycle stories with Charles Perrault’s French fairy tale, “Puss in Boots.”  You can read it for free here.

The Joker’s Crusade
This is a rejected audition script I sent off to DC Comics in 2010 starring The Joker.

Chemical Reaction
I wrote this Doctor Who story as a sample for the Big Finnish anthologies.  It wasn’t accepted, but I have a soft sport for this story about how River Song and the Doctor met for the first time.  The last season completely killed the continuity of this story.

The Last Dance of Sarah Jane
This story I wrote simply because I felt horrible that Elisabeth Sladen, the actress that played Sarah Jane, had lost her battle with cancer.  My mother died the same way and it felt good to put the words down on paper.