It’s Not How Much We Give But How Much Love We Put into Giving: Extra Life 2013

Mother Teresa once said “It’s not how much we give but how much love we put into giving.” 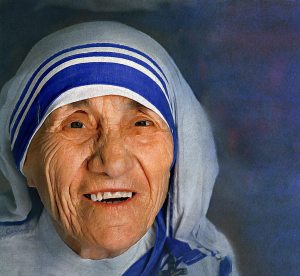 Mother Teresa may have been a Saint, but she could cut a bitch when playing Parcheesi .

I heard about the Extra Life 2013 from the amazing and talented writer and RPG designer Jess Hartley.  The concept is simple.

On Saturday, November 2nd 2013, we play games to raise money and awareness for kids.   You can hear the story of this fine organization here.

Jess formed a Portland based group named Team Chaotic-Good.  I knew I wanted to participate, but she lives in Portlandia whereas I live in Seattle.  I decided that I would form my own group to sponsor Seattle Children’s Hospital.

And on this day, the call went forth to the world’s mightiest gamer geeks to form The Devil’s Geeks.   However, I was not yet satisfied.  To be Team Chaotic-Good, I would require a devious, insidious plan of attack.

Don’t you want to play a game, kids?

The Devil’s Geeks will hold our games on google-hangout.  Further, to raise more money, include more people, and allow for people with a busy schedule to participate, we’re treating this like a relay race.

Rules for The Devil’s Geeks

Currently, I am running all three sessions, but I am hoping that someone on the Team will offer to run the Bravo Session.  I am going to allow the players of my sessions to vote from the following list (which may be added to in the future):

The Hunger Games: The Audience Must be Appeased!

The point of this is to raise awareness and money.  The best way to do this is to make our players suffer so that the audience cares enough to sponsor them.

Do you dare to be a member of The Devil’s Geeks?  Qualifications include:

3 thoughts on “It’s Not How Much We Give But How Much Love We Put into Giving: Extra Life 2013”