I am Providence: Thoughts about Lovecraft on His Birthday and Racism

Few can doubt the impressive influence this writer has commanded over generations of writers long after his death.  Famed Lovecraft scholar S.T. Toshi has written in great detail on this topic far better than I can.  This is a personal story about my relationship with the work of Lovecraft.

The movies sparked a serious interest in horror when the thought of such materials appearing on library shelves was considered scandalous.  Steven King was barely considered acceptable, but at the time he only had five books in print, in an age before the current doorstopper masterpieces were popular, and those were easily read over a single summer.  (There was an actual debate in my middle school over having Steven King’s novel Carrie available to male students due to the menstruation scene.) 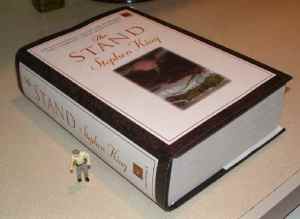 This book could be used to bludgeon an elephant

I was bored out of my skull.  I had read the books required for English for the entire year.  I wanted something horrific to scare the pants off me.

I was introduced to Edgar Allen Poe and H.P. Lovecraft by the librarian who was tired of me bugging her for books. 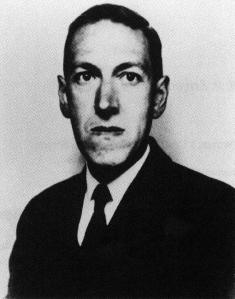 Surely, this guy won’t give a thirteen year old nightmares!

Poe introduced me to my love of the mystery, terror, and the revenge story.  Hop-Frog had me almost pissing my pants and howling with laughter.

Lovecraft peered back the curtain of reality to suggest that there was a secret history of the world that only a select few understood.  The universe was vast and unknowable to mortal men.  I always wondered if that sort of excitement was what it felt like to have faith in a higher power.  I always found it comforting that the universe was uncaring because it meant that the horrible stuff that had happened to me and my family wasn’t part of a divine plan.  It happened because sometimes bad things happen.

My favorite Lovecraft story at the time was At the Mountains of Madness.

My first big sale was to a Lovecraft themed anthology Arkham Tales: Stories of the Legend Haunted City.  I could actually go to a bookstore and find something I wrote.  It was the first time that I felt like a writer rather than a dreamer.  It was not the last Lovecraft inspired story that I sold.

This year, my story “Darkly Dreaming in Black Waters” appeared in the Blood Bound Books anthology Night Terrors II: An Anthology of Horror.   This was the spiritual sequel of At the Mountains of Madness with Nazis and submarines.

Over the years, I became interested in the man as much as the fiction.  It wasn’t until college that I came across some of the more embarrassing and disturbing aspects of Lovecraft came into focus.

The Horror of Red Hook was never one of my favorite stories, but I never gave much thought about why.  (This is an example of what people mean by privilege.)

I remember the exact moment I read the poem “On the Creation of Niggers” and the sick feeling in my stomach that someone I had considered a hero had been a racist.  How could I have missed that?  How could I whitewash it?  (Pun intended.)

Suddenly, aspects of the stories I had loved became a little unpleasant.  Lovecraft was a forward thinker in many ways, but he had strong failing with issues of race and gender.

A few years back, I was very interested in the concept of fanfiction.  Why would people devote such time and energy into material?  The answer for some was to fix the problems of the stories.  In their world, bad plots were erased and replaced.  Perhaps, this is one of the reasons that so many writers of my generation are fascinated by the Lovecraft mythos.  We want to write our own adventures in this universe free of certain flaws.

Lovecraft was a flawed man, perhaps more than a little insane, and emotionally crippled by his own hatred and fears.

I don’t have an easy answer to this.

As I am writing this essay, there is a major discussion over a book Save The Pearls.  Click that link and listen to the video. This article will still be here.  Seriously, I couldn’t even begin to describe this in a way that would be accurate without you disbelieving me.

Race is a touchy subject.  Barrack Obama was elected president of the United States and still there are people that freak out over the very idea of a black man in the oval office.

I am hoping that the outrage over Save The Pearls doesn’t kill interest in science-fiction that deals with issues of race.  I think that because this topic makes us uncomfortable is the very reason we should examine it and write about it even more.  It is one of the reasons I enjoy reading the blog Requires That You Hate.

I’ve been fortunate in that my extended family has been blended California style.  I have cousins and nieces of just about every color in the rainbow and knowing them has been a privilege, even if they say I’m boring and talk to much.

I can remember only one time when our differences made any of us uncomfortable.  I was watching television with my cousin Heather when I accidently changed the channel to Roots.   As you might guess, Heather is black.  My face burned red.  I didn’t know what to say except, “I’m sorry.”

She looked at me with her pretty brown eyes and smiled.  She felt bad for me, which only confused me even more.  “Jason, I’ve seen this before.  Pretending racism doesn’t exist just makes it hurt more.”

Let’s not pretend that racism, sexism, or privilege doesn’t exist.  We don’t have to be afraid of confronting it.  Neither do we have to be completely without heart.  People change over time.